Charged With a Crime? Sentencing and How It Works

The majority of cases plea out which means we're going to end up at sentencing sooner or later. Many jurisdictions including federal court utilize a sentencing grid.

Both the Kansas and Federal sentencing grids start with criminal history. This is along the top axis. Next is the offense level, the level of the offense is on the side axis. 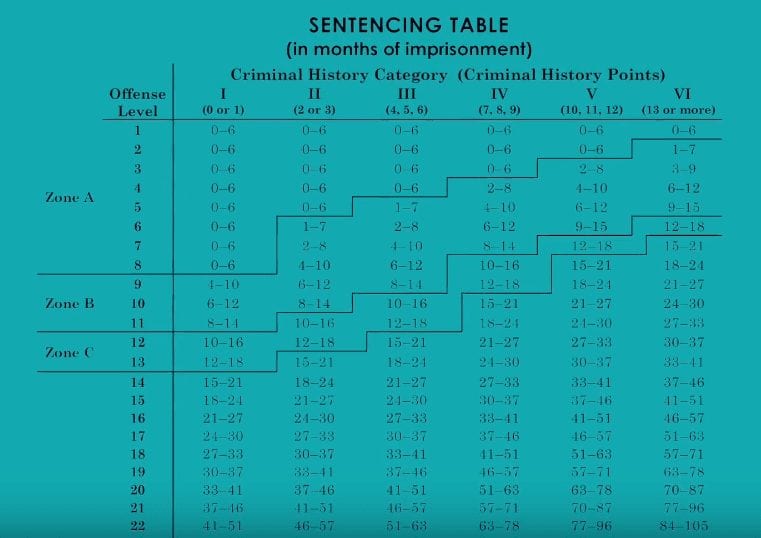 Where the Offense Level and Criminal History Meet Is Your Guideline Sentence.

Once a guideline sentence has been established, that's not the end of the story. Your attorney still needs to evaluate whether or not you've been scored correctly on the sentencing guidelines.

Determining the level of the offense, especially in federal court, is not as simple as it may seem

You're going to start with a base offense level, and from there, you're going to add and subtract levels based on what happened in the case.

For example, you might be reduced by 2 or 3 points because you pled guilty.

Making sure that you have the appropriate guideline sentence is only half of the battle at sentencing.

Asking the judge to make an exception

Very often, we're asking the judge to make an exception to what the guideline sentence is.

That's when an attorney's ability to advocate for their client really comes into play.

We tend to make decisions emotionally, and then in hindsight and apply logic and reason to justify our emotions. It's important that the emotion behind your case gets presented to the court.

A talented attorney is going to know how to present those factors to the court. Ultimately, those are going to be the grounds that a judge is going to base their departure from the presumptive guideline.